Kathleen ffrench lived a storybook life — a life of opulence in a world on the brink of destruction.The headstrong child of an Irish diplomat and a Russian heiress, she grew up on her family’s estates by the Volga, touring the capitals of Europe with barons and princesses, and visiting a home away from home: her father’s castle in Galway. Kathleen’s mercurial life was rich in trials and scandal: she suffered much heartache from the betrayals of her disturbed mother, and witnessed the atrocities of the Great War while serving in the Red Cross. In the 1917 Russian Revolution she was lucky to survive peasant uprisings and the brutality of Bolshevik prisons. Later she was the first woman to drive into Eastern Siberia, where she spent months searching for her missing lover. Drawing on the candid letters of Kathleen and her family, Jean Lombard’s deeply personal insights take readers into a vanished world, where the colourful people we meet are surprisingly like our own.
In 2014 we celebrated the 150th anniversary of Kathleen ffrench's birth.
​
Order book here.​​
​
Click here to read Jean's account about researching and writing An Irish Woman in Czarist Russia.​​
​Read more about Jean's first connection with Russia.

Kathleen's Russian relatives, the Kindiakovs, were a well known part of the service gentry in Czarist Russia. Find out more about them here.

For more photos related to An Irish Woman in Czarist Russia, click here.​​ 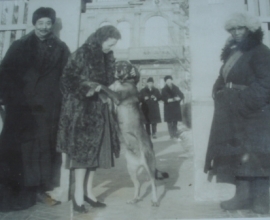 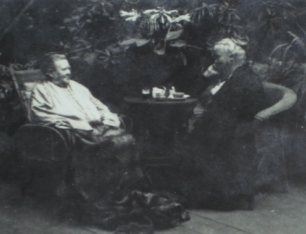 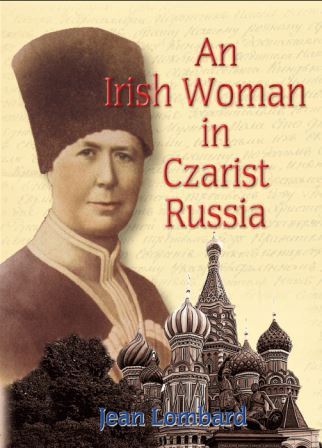 “This is a fascinating tale and deserves a wide readership.” — Thomas Keneally
Kathleen ffrench (left) in Harbin, towards the end of her life.